Journey to the Rainbow 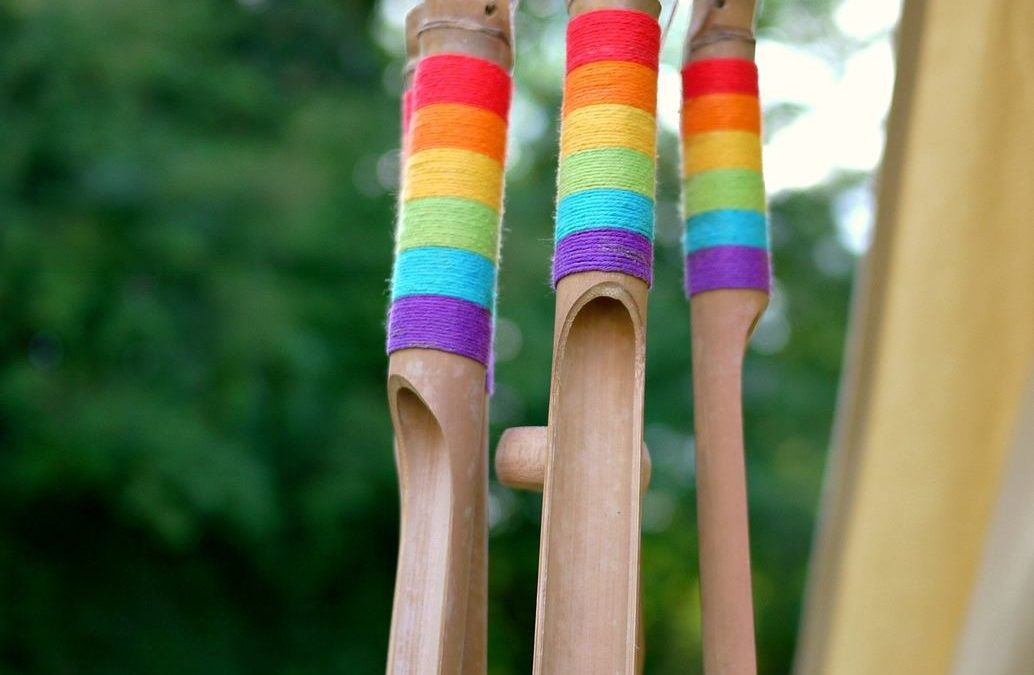 When I was pregnant, I made the obligatory list of ‘Vital Things for Baby’, many of which I didn’t understand and a good number of which also turned out to be entirely unnecessary. We did not buy toys. It did not occur to me to buy toys until I suddenly looked at the list and panicked at their absence. Surely children need toys… Isn’t that how they learn? Don’t they like things with flashy lights and things with buttons that press? But what, and when, were you supposed to buy them? Bewildered, I worried that my child would be under-stimulated, failed by my ability to provide him with interesting and stimulating equipment.

(Obviously, this is totally mad, and I really didn’t understand babies. I didn’t get that actually, they can’t see very far for quite a long time, they just want cuddles and the most exciting thing in the world for a baby is its parents, or when that fails, random household objects.)

But we did get some toys, including the gift of a lovely little playmat. There is a video of our son at a few months old, lying on it and occasionally kicking at a jingly cat. The video is punctuated by my constant, rapturous and encouraging whispers: “Well done! Good boy!” (In hindsight it is a bit difficult to watch this well-intended exchange without wincing, but at the time I was not versed in the ways of fostering intrinsic motivation.)

Winging It With Montessori

Gradually, I relaxed and let go a bit. I looked into Montessori activities, and, strapped for cash as I headed towards the tail end of maternity leave, I made sensory baskets with an old silk scarf and a ‘First Aid’ foil blanket, shoved some dried pasta in an old water bottle and taped up the lid. We spent our days bathed in sunshine, lying in the garden together and feeling the silk glide over our skin, singing nursery rhymes and clattering the surprisingly noisy pasta rattle of which I was disproportionately proud.

I watched to see where his interests took him and followed him, instead of trying to lead. Then, a friend of mine introduced me to a Facebook group called Babipur Hangout. I didn’t know what it was, but it turned out that Babipur is a brilliant online shop which stocks, among innumerable other things from slings to cloth nappies and eco-friendly household products, ethically produced open-ended toys, including a rainbow-coloured wooden stacking tunnel. I bought a little rainbow, because rainbows are cheerful, and I thought it looked fun. It was. It was incredibly, addictively fun…

It became quickly apparent that this was not just a rainbow. The delightfully tactile toy could be stacked as tall as a tower, rocked as a boat on a stormy sea, it could house a monster, or a fairy, or a caterpillar.  It could be a long tunnel, or a birthday cake, or a superhero’s belt. I watched my son’s creativity blossom, and learned to sit in the silence, or to find ways to help him stay with an idea and take it even further, as he drew me into his play.

I thought, this toy is not just for toddlers, and took it to the school where I was working as an English teacher. With the help of a creative colleague, I fashioned a gazebo into ‘The Magical Storytelling Tent’. I took every class there and handed them the rainbow, and some other little additions I had made to our growing collection of open-ended toys. They told amazing tales of rescues on the sea, heroic battles and magical quests. This simple toy enabled them to generate a thousand more ideas than they would have found had we just stayed in the classroom. At the end, a 13-year-old said to me earnestly, “I am never leaving this glorious place.”

And now I have my own, permanent magical storytelling tent, filled with rainbows, wooden characters and animals; trees and building blocks; gentle wind chimes; soft fabrics; dressing up clothes; modelling clay and finger paint; cushions and cosy blankets. Each week, children take an amazing journey. To Narnia, the moon, under the sea. To Hogwarts, Colonel Fazackerley’s castle, to Tom’s Midnight Garden, their stories and poems, dramas, speeches, landscapes and craft creations inspired by literature and the toys and tools at their disposal.

And the boy was right. It is a bit glorious.

Follow my blog for thoughts on life, attachment parenting, home education and our attempts at ethically conscious living.